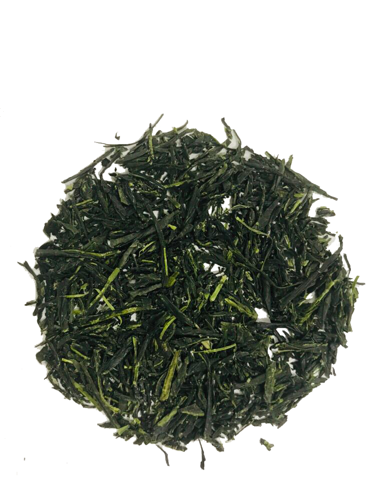 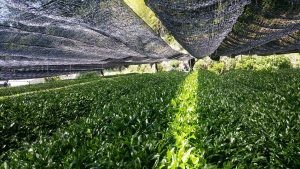 Tea Cultivar: Gokou – Location: Uji Tawara – Producer: Mr. Ookawa
Tana Oishitaen production method ( undirect, one layer vinyl cover on a shelf supported by aluminum poles at about 2 meter from the ground). Mechanical harvest.
Shading period before the 2018 spring harvest: 25 days.
Uji Tawara is composed of hilly terrain which beneficiates from the proximity of the Uji river,  and perfect climate for tea production. As such, Uji Tawara is one of the major Uji tea growing areas. This region is known for quality mechanically harvested Gyokuro.
Mr. Ookawa is a young producer working with his parents on their family estate.
This tea family has an original way to decide when to start shading the leaves:  they add up the highest temperature of each day following the sprouting of new leaves in spring.
The time for harvest is also decided based on the temperatures during the first harvest season.
They unfold the vynil cover that will shade the trees from direct sunlight when the total sum of highest temperature for each day after the appearance of the sprouts reaches 200 degrees.
The Gyokuro produced by the Ookawa family offers the fresh fruity fragrance typical of the Gokou cultivar, along with a full and rich, supple liquor revealing a strong umami, with a refreshing fruity flavor and a long finish. 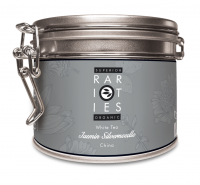 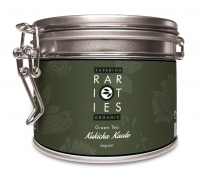 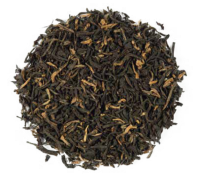